The President of the Republic, Nana Addo Dankwa Akufo-Addo, says his Government is confronting the inherent challenges that have been associated with the implementation of the Free Senior High School Policy.

With some 1.2 million children currently enrolled in Senior High Schools, the highest such enrollment in the country’s history, President Akufo-Addo stated that sufficient provision has been made in the 2020 budget for the continued construction of facilities Speaking at the 70th anniversary celebration of Prempeh College in Kumasi, on Saturday, the President indicated that Government, this year, commenced the construction of 962 structures, comprising classrooms, dining halls, assembly halls, sanitary facilities, and dormitories, in senior high schools across the country.

“We are also providing a total of one thousand, one hundred and ninety (1,190) vehicles, made up of three hundred and fifty (350) buses and eight hundred and forty (840) pickups to schools in various areas in the country,” he added.

Explaining the rationale for the implementation of the Free SHS policy, the President stated that he came into office at a time when, between 2013 and 2016, there was the unfortunate situation in Ghana where, on the average, 100,000 children, every year, who passed the B.E.C.E., could not take up their places in Senior High Schools, because they could not afford the fees, even though they had the qualifications.

“If this situation had persisted for a decade, one million children would have dropped out of school at the level of Junior High School, an unacceptable outcome for any nation in the 21st century,” he said.

President Akufo-Addo continued, “It would have been too dangerous for Ghana’s stability, as we would have been building a future of hopelessness for our youth. Such a situation was intolerable, and my party and I were determined to end it. That is why the Free Senior High School policy was introduced.”

The President noted that the countries that have made rapid progress around the world put education at the heart of their development.

He recounted how, in the late 19th century, the United States of America began to transition to publicly funded high school education, describing it as a daunting prospect at the time.

“America set herself up for 20th century success, creating a labour force fit for rapid economic development, which has inspired the emergence of the most powerful economy so far known to human history,” President Akufo-Addo added.

His Government, he stressed, is determined to follow suit, and this has resulted in some 1.2 million children currently enrolled in Senior High Schools in Ghana, the highest such enrollment in our history.

Education and skills training are the most important source of empowering and providing opportunities to the youth to help drive Ghana’s development, and in the process create jobs. As a nation we are determined to bring education to the doorstep of our children because it is worth it. We dare to do this because we ardently believe that the Ghanaian child deserves it.

A policy of the government of Ghana, starting in September 2017. Every child in Ghana who qualifies for, and is placed in a public Senior High School for his secondary education will have his/her fees absorbed by the government.

The NANA AKUFO ADDO lead government has given full effect to SDG 4.1 with the implementation of a Free SHS Policy. The programme, is anchored in the below pillars; 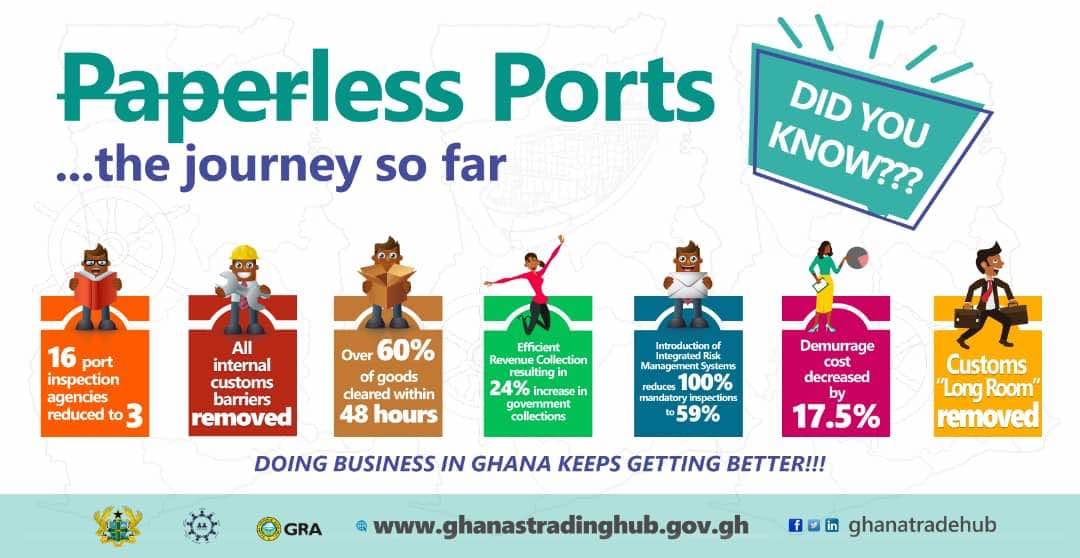 Another factory under 1D1F - T roll

A reminder of the achievements halfway through ...!!! The visionary Leader ..!

State Housing company has been revived under the Presidency of Nana Akufo-Addo and they are undertaking projects in different parts of the Country.