Washington Metro Chapter Joins President Akufo-Addo at the Inaugural Africa Lecture at the Museum of the Bible in Washington, USA

A seven member delegation from the Washington Metro Chapter of NPP-USA, led by the Chapter Chairman, Mr. John Nyarko, joined President Akufo-Addo at the Bible Museum in Washington DC, where he delivered the Inaugural Africa lecture.

Watch the full address below 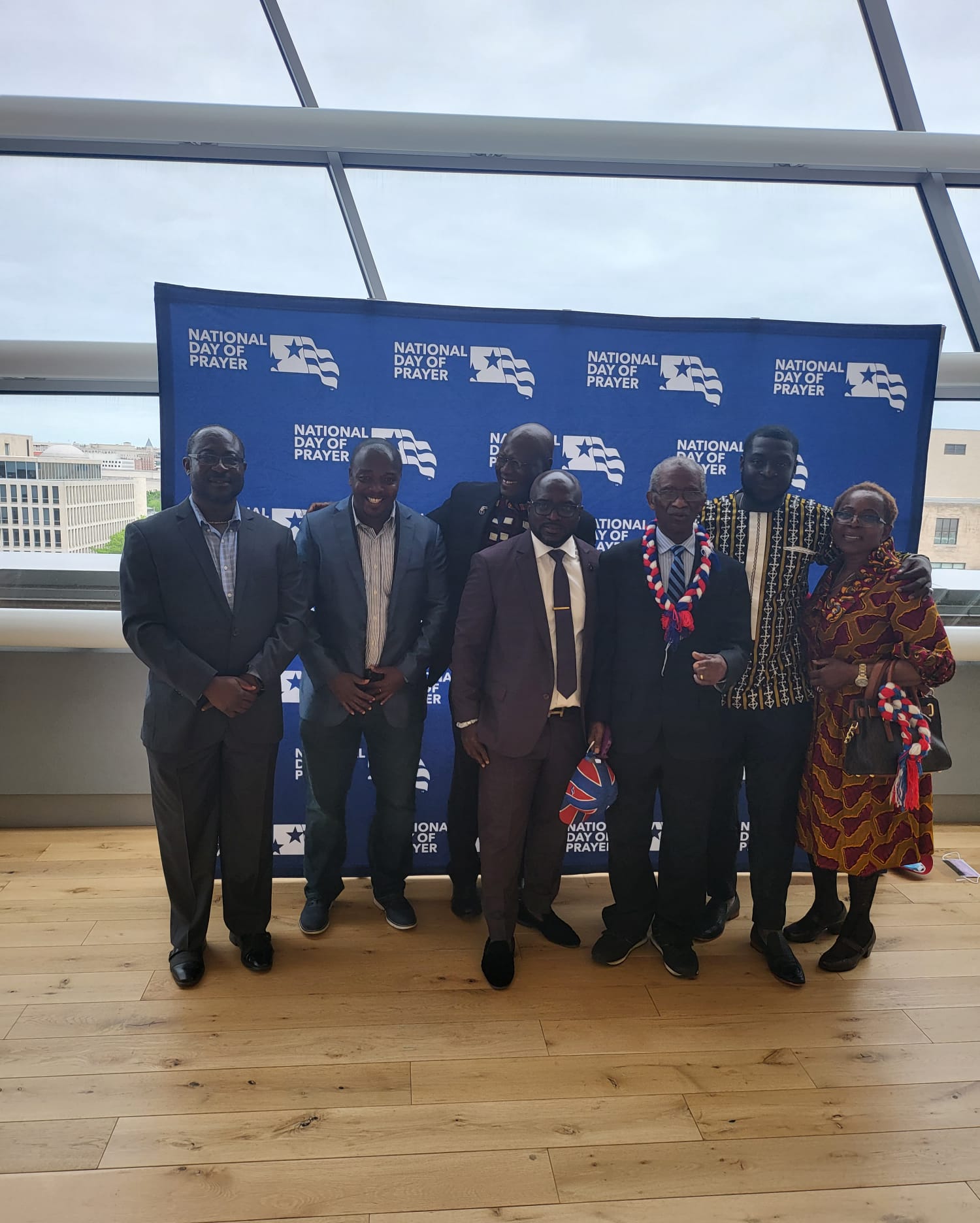 “MY RELIGIOUS FAITH, AN INTEGRAL PART OF MY LEGAL AND POLITICAL CALLING” – PRESIDENT AKUFO-ADDO

The President of the Republic, Nana Addo Dankwa Akufo-Addo has said his faith in God as a Christian has shaped his professional life as a Lawyer and Politician which has heavily influenced his vision for Ghana and Africa’s transformation.

Delivering the Inaugural Africa lecture by the Museum of the Bible in Washington, USA, President Akufo-Addo disclosed that, the critical part of his Christian upbringing drilled into him was that Christianity was a way of life, an everyday experience and meant far more than going to church, which by the way was obligatory in the Ofori-Atta and Akufo-Addo homes.

“My own parents, as you can imagine, were staunch Presbyterians. I was baptised a Presbyterian, and became an Anglican, much to the vehement protests of my parents, as a result of the secondary school I attended in England. Let us say I became enamored with the rituals, daily Matins and Evensong, and the additional Sunday Eucharist, which were constant features of my four-year stay at school in Lancing”, he recalled.

These, according to him have thoughtfully affected his practice as a Lawyer and Politician.

He thus conveyed in his lecture that, “often in law practice, things are not quite as cut and dried as they would seem or as one would wish. There would be times when no amount of experience or intellectual rigour would prepare you for the vicissitudes of the legal playground. On such occasions, it helps to be able to hark back to your faith and maybe the sound of your mother singing that ancient hymn: Who is on the Lord’s side? It helps to be on the Lord’s side, when you purport to seek or arbitrate for justice among humans.”

Citing sections of Sir Walter Beasant’s legal novel, “The Ivory Gate”, in which the author paints a most optimistic view of a lawyer in refreshing contrast to the way lawyers are usually portrayed in other books, he agreed with Sir Beasant’s quote that “the solicitor knows more than a Roman Catholic priest and carries greater responsibilities. It certainly helps to be a Christian and have an anchor that steadies you as you manoeuvre the turbulence of the everyday life that is legal practice.”

On his political trajectory, President Akufo-Addo said, the story of my struggles to become president of my country are well known. My experiences have been a testimony of God’s love, and a vindication of the words of our Lord and Saviour, Jesus Christ, in the Gospel according to St. Matthew, chapter 19 verse 26, which says “with man this is impossible, but with God all things are possible”.

Placing emphasis on his true faith, President Akufo-Addo told the gathering that, as a result, “I committed that third election campaign to God, and indicated to the Ghanaian people that “The Battle is the Lord’s”. By God’s grace, I won a famous victory against an incumbent President by a gap of nearly a million votes, the largest margin of victory for two decades. And, by the same Grace, I won re-election in the December 2020 elections, and I am now in my second and last term as President.

Reflections For a New Year, A New You!! From The Desk of The Branch Chairperson