NPP-USA Calls Out Hon. Defeamekpor on His Populist and Hypocritical Call on Joe Anokye to Resign as NCA Boss for Attending a NPP Event

The USA Branch of the New Patriotic Party, NPP-USA held its annual delegates conference last Saturday June 4, 2022 at Cincinnati in Ohio and has called on party faithful around the world to unite for a more stronger party.

The 2022 conference, which was organized under the theme "Keeping the trust in NPP: Recognize our mistakes, Recover our losses, Retain our power", drew a number of personalities from both home and abroad including Ghana's Ambassador to the USA, H.E. Hajia Alima Mahama, Hon. Daniel Kingsley Atta Boafo, Consul General, New York, Hon. Joseph Osei-Owusu, First Deputy Speaker and Member of Parliament for Bekwai, Hon. Kennedy Ohene Agyapong, Member of Parliament for Assin Central, the Director-General of the National Communications Authority, Mr. Joe Anokye as well as past and  present CEOs of some state institutions to participate in the event. A highlight of the conference was the appearance of the Vice President of Ghana, H.E. Dr. Mahamadu Bawumia via a recorded video message.

Videos of the conference proceedings are available here. 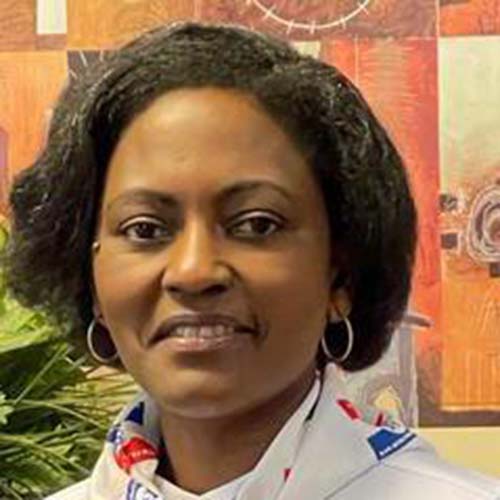 Welcoming delegates to the conference, the Chairperson of the NPP-USA Branch, Mrs. Obaa Yaa Frimpong, (Iron Lady), entreated delegates to continue to have faith in the party. She said, the Branch has been a pacesetter in the introduction of several reforms that have augmented the party's victories, and should they relent their efforts, the mother party will find it difficult retaining power in 2024.

Obaa Yaa touted several achievements and contributions the Branch has made towards the success of the national party and called on national executives to ensure fairness in elections of officers at various levels as that is a key step in getting unity and robust party for the task ahead. She also called for the inclusion and utilization of all organs of the party to help break the 8.

Message from Joe Anokye, Director-General of the National Communications Authority 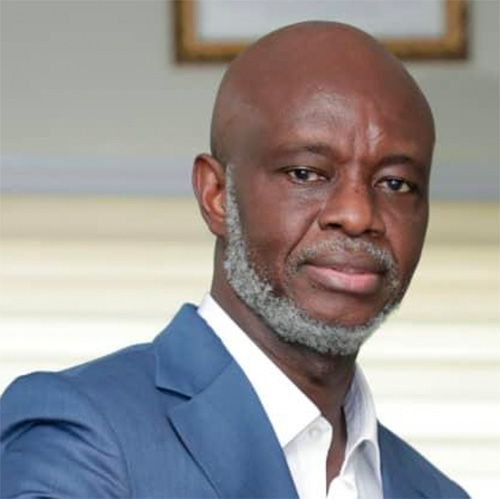 The Director-General of the National Communications Authority walked delegates through the digitalization journey of the party since 2012. He enumerated several programs, workshops, meetings, trainings, and activities he and the IT team of the party had done in putting a digital infrastructure for the collation of national results for the party.

Mr. Anokye advised the party, especially national officers and all stakeholders entrusted with responsibility, to take ownership of every aspect of the digital collation right from the polling station to the national center. According to him, negligence of duty in elections organization and subsequent results collation, can cost the party during national elections. 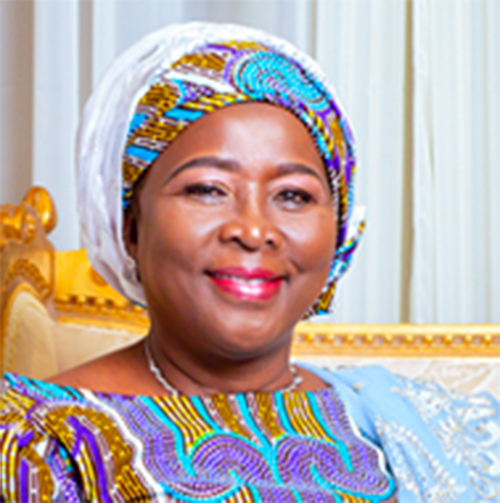 H.E. Alima encouraged the delegates and the members to sell the achievements of the NPP government wherever they find themselves as the party has done a lot for the country. 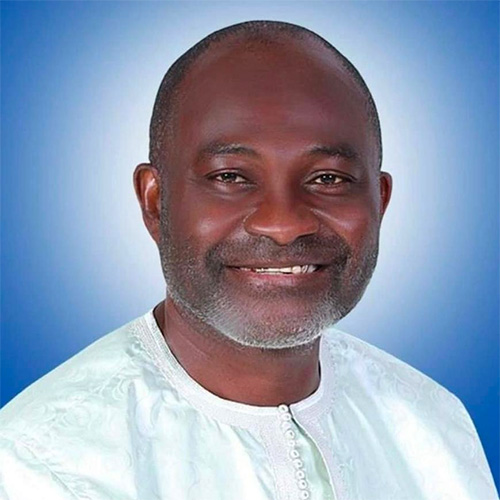 When he took the microphone, the Assin Central Member of Parliament extolled the achievements of the NPP over the years and gingered the gathering to be proud that they belong to a party that is better in managing the country than their main opponent, the NDC.

Hon. Agyapong listed a number of pro poor interventions that the party under President Kufour introduced to help mitigate poverty for the masses. He enumerated free maternal care for pregnant women, capitation grant to make basic education fee-free, LEAP, school feeding programme, massive road and other infrastructural developments, reduction of inflation from 41% to 18.5% as some of the achievements that president Kufour did to help the masses.

He said, though the NPP is seen as capitalist party but the number of social intervention policies and programmes it has introduced from 2001 to date, are more than even the NDC who call themselves social democrats.

He bemoaned the arrogant posture of some government appointees and party executives. He told the delegates that, if such negative tendencies continue and are not corrected, it would be difficult to break the 8 in 2024.

The Assin Central legislator who also happens to be Chairman of the Defense and Interior Committee of Parliament said, such attitudes lead to unfair playing field in elections and the practice which manifested in the last primaries and related elections, seems to going on in the party now.

He entreated appointees who within various Branches, to donate to give back to their members who don't have anything.  "those of you with appointments, let us give back to our base", he admonished. According to him, this is enough and will help motivate others to continue to support the party. 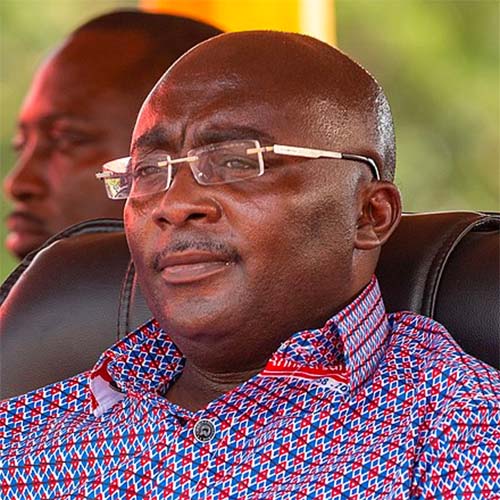 The Vice president, Dr. Mahamudu Bawumia who addressed the conference via virtual platform, called for unity among party members. He advised members to avoid rancor and internal bickering as these could thwart the party's forward march to retaining power.

He commended NPP-USA for the continuous bonding with him over the years and urged them to maintain it. Dr. Bawumia observed that, if the party is united, it can break the 8 despite the current challenges.

He reminded members to be guided by the dynamics and the challenges of the 8th Parliament and urged them to work tirelessly to secure a resounding and clear majority in the next parliamentary elections. Watch the Vice President's message here. 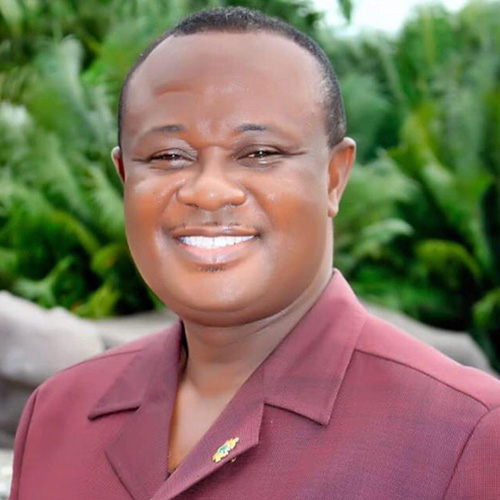 The 1st Deputy Speaker and Member of Parliament for Bekwai, Hon. Joseph Osei Wusu, also known as Joe Wise, was at the conference and charged party communicators to effectively communicate the achievements of the NPP government, as it has done a lot over the last four years to better the lot of Ghanaians.

He said, the flagship free SHS policy introduced by the President, has helped many brilliant but needy students who could not have afforded secondary education, to now access senior high school education. According to him, the vision of the President is to tap into talents of people to develop a competent human resource for the country and the free SHS has been positioned strategically to help achieve that vision.

Hon. Joe Wise, who is also the first Deputy Speaker of Parliament, encouraged Ghanaians to take advantage of the various initiatives introduced by the government to help create jobs for themselves and others. He hinted that, people outside his constituency who took advantage of the One District One Factory for instance, now have factories situated in his constituency and have created job opportunities for others.

He touted the many achievements of President Akufo-Addo including the one village one dam and reiterated his call on party members to communicate same to the masses.

The conference also elected officers for the administration of the Branch for the next four years. The executives or the Branch are as shown below: 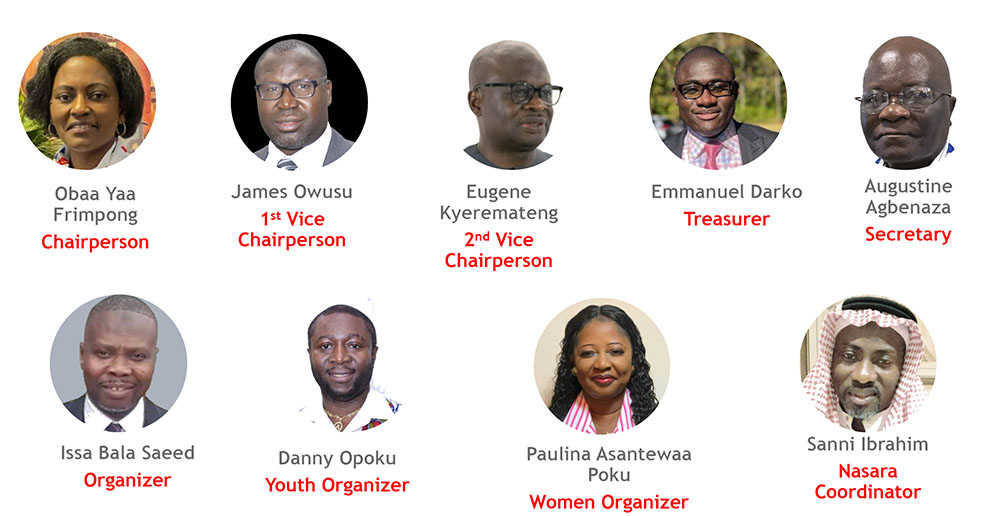 Reflections For a New Year, A New You!! From The Desk of The Branch Chairperson